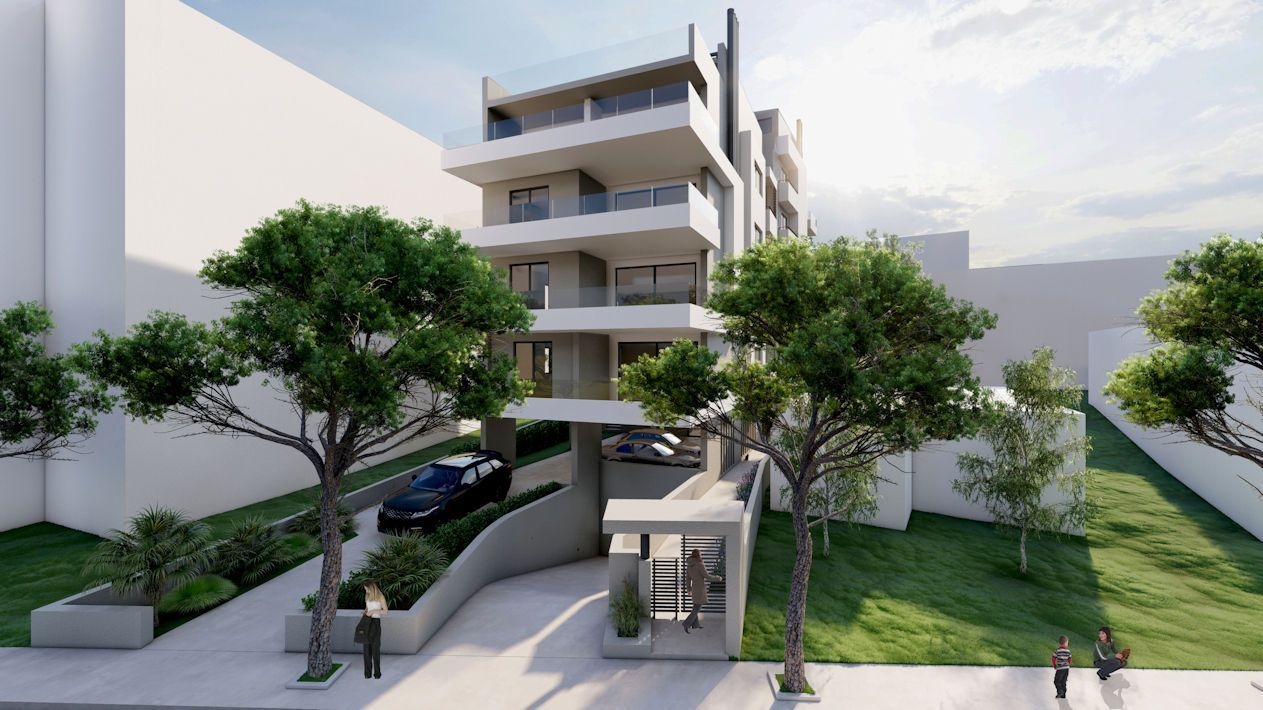 The basic synthetic idea was the organization of nine independent houses in the single housing of a mass of complex shape, while the differentiation of the contours of the enclosed spaces has two important functional and morphological goals. The first was the creation of sustainable semi-outdoor and outdoor spaces, while the second refers exclusively to the visual organization of the facades and the interest that they can cause.

A parallel idea of the composition was to avoid creating a typical floor so that the differentiation of the facades per floor results from the very internal structure and function of the building. The perceptual image of the elements of the interior and the relaxation in the spacious outdoor spaces, the scale, the composition of the colors and the texture, as they emerge from their selection and use, were also the basic parameters that occupied the researchers.

Besides, the structure of this apartment building has the combined design of two-storey and one-storey houses enriched with semi-outdoor spaces, verandas and a few roofs under a common axis that connects the building.